“Following Me Around” is Jeffrey’s fifth video release and is a song about the antics of their two cats. Told from the perspective of Nix (20 years old in October 2021) of how Kitten Ross (2 years old in December 2021) is always around him, chasing and trying to play with him.

Just in time for the Holidays of 2020, please enjoy Jeffrey Bowen’s “Carol Of The Holy Night”, a mashup of “Carol Of The Bells” and “O Holy Night”. This was a first for Jeffrey singing all four parts and overlapping videos.

Released January 2020 was Jeffrey Bowen’s creative content video “Cooper Downhill”.  Filmed at Ski Cooper near Leadville, CO in 2018, this video is an in-house project with all aspects (skiing, video, music and editing) performed by Jeffrey Bowen.

“Frivolous” is the first CD project by Jeffrey Bowen. The whole concept is about staying upbeat and positive – to have fun with life!! All tracks on the CD are based on life experiences, the desire to change for the better and respecting the past and moving forward to a better future.

The second video released from “Frivolous” is “Bertha From Burkesville”, released May 5th, 2018.

The first video from “Frivolous” was for “It Might As Well Be Me” and was released April 4th, 2016. 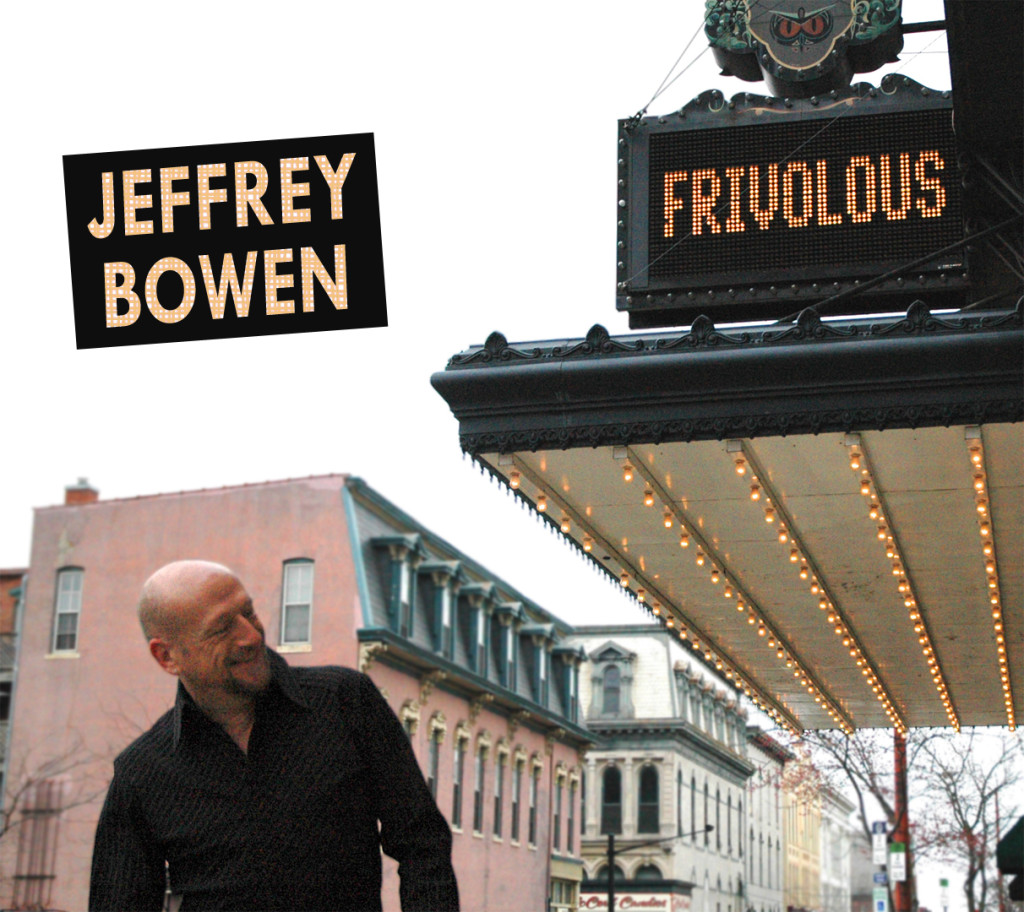 To order a CD or other Jeffrey Bowen Merchandise, please visit the online shop on the Jeffrey Bowen Music page on Facebook and click the “Shop Now” button.

Hey Hey Llouie – Llouie is a handsome llama who lives on a farm near Boswell, IN. While driving by, I’d always give him a quick greeting of “Hey, hey, Llouie!”. Credit goes to Garry Ness for asking “Is that spelled with two L’s?”

Little By Little – While staying with my brother and his wife (Steve & Wanda) on their farm, there was an enormous amount of work to be done in the many gardens for their produce stand. Wanda and I would be motivating each other with Wanda saying “Little by little”… and I’d reply “and a little bit more”! Wanda is credited for the inspiration of this song.

Change In the Making – Originally written for the “Cavaliers” Show Choir of Crete-Monee High School in Illinois, this song was redeveloped for “Frivolous”. The concept of the song pretty much stated the transitions that were happening in life.

A Lot More Less Of You – While judging at a show choir competition at Hanover High School (Mechanicsville, VA), Director Jamie Barrack was making reference to a situation by saying “I need a lot more less of that… just… more less!!” Mom (Doris Lintner) was there as well and we both talked about how clever that phrase was and it would make a great song. Unbeknownst to each other, we both went home and wrote songs based on that phrase – and they were almost verbatim!!! Mom is credited for the second verse.

Perfect This Way – This song was crafted over several years but finished recently. We can dream about money and success; however, perfect for you can mean your own little house by a field in the Midwest.

Bertha From Burkesville – Bertha Abston was my paternal grandmother’s sister-in-law. She and John had tobacco fields near Burkesville, KY. She was a dear woman who could have breakfast for 10 ready as the sun came up, work the fields all day, followed by a dinner “buffet” that would rival any public buffet – all with love in her heart and never missing a beat.

It Might As Well Be Me – Reflections of a 19 year relationship that ended in 2010. However, in the end, there is a positive twist…

What Are You Doing To Me – This tune got in my head and would NOT leave me alone!! Like this project, it’s all about fun!

When the Summer’s Over – This was written in the spring and summer of 2012 when my dad was going through his illness. The obvious message is no matter how much we want to hang on to the past, we still have to move on with life.